Don’t settle for short-term gain; think big and believe in the vision you have for your company

Star Wars has been a cultural phenomenon for nearly 40 years. And now, if anything, it will continue to grow on the massive success of the latest installment, The Force Awakens.

By any measure, the new film is both a critical and commercial success. Boasting a 93% Fresh rating on Rotten Tomatoes, the film has made $1.87 billion and is likely to pass the $2 billion mark for combined domestic and foreign gross ticket sales.

But before all this, the film existed as a space opera serial in the mind of a young George Lucas. While many of us are huge fans of the story (and make lightsaber sounds anytime they pick up a laser pointer in a boardroom), there are some great lessons from the origin story of the franchise.

If you’re in sales, work with contracts and proposals, or have ever had to negotiate a business deal, you should pay careful attention to how a seemingly small contract detail in 1971 allowed Lucas to shape the Star Wars universe.

A long, long time ago, in a boardroom at Fox…

In the early ‘70s, George Lucas was a nobody director coming off of his often forgotten Hollywood debut film, the strange sci-fi romp THX 1138, starring Robert Duvall. If you’ve seen a film pretty much anytime since, you may recognize the iconic “THX” tag for Lucasfilm’s trademark sound remastering company.

Lucas then went on to write, direct, and produce the huge hit, American Graffiti. It was while American Graffiti began to open in theaters that Lucas began discussions for his high-concept “space western,” Star Wars. With an initial cost of about $775,000, American Graffiti is recognized as one of the most profitable films of all time. It pulled it more than $200 million at the box office. That’s a nice return on your investment.

This is where things get interesting.

Lucas was paid $150,000 to make American Graffiti ($50K to write, $50K, to produce, and another $50K to direct). Lucas envisioned his Star Wars project to be a serialized movie told in six or nine parts. A multiple-picture deal would be a difficult sale to negotiate; but now he had a huge hit under his belt.

In a fascinating (and long) interview with Deadline, Lucas’s then-lawyer, Tom Pollack, walks through the contract negotiation process they had with Fox in ‘73-’74.

At the time, nobody really wanted this quirky little space movie with swords made of light, walking dog-things, and strange robots running around a desert planet. When Fox entered into negotiations with Lucas, they didn’t care about Star Wars. They wanted the next American Graffiti.

As far as they were concerned, Pollack explains, Fox was willing to foot the bill for Lucas’s Star Wars project so that they could have his next huge money-making endeavour.

This is one of the reasons they were so eager to agree to a series of strange demands on Lucas’s part. With the success of American Graffiti, Lucas could have — should have — negotiated for a director pay raise on his next film. It’s what his team was recommending. It’s what Fox was expecting.

It’s not what he did.

Pollack says Lucas could have negotiated for a pay bump to $500,000 or even $1 million, riding high off of the commercial success of American Graffiti.

Instead, Lucas went into the boardroom with two non-negotiable requests: he wanted to be in charge of the sequels for the films, and he wanted to control all merchandising for Star Wars.

It’s easy to look back in hindsight and say what a visionary genius Lucas was; however, Pollack points out nothing was a sure thing back then. There weren’t aisles and aisles of Star Wars toys in every store. This was just a director who wanted to tell the story he wanted to tell.

“It’s important to remember that none of the original deal came out of money as those who know something about it might think. It came because George just wanted to be able to make the movies he wanted to make.”

Those two decisions have gone on to make Lucas a billionaire with a “B” several times over. Just think of all of the Star Wars merchandise you have seen during your lifetime, and realize that Lucas received 100% of the profit off of everything. And in 2012 Disney bought Lucasfilm for $4 billion, which has been called “The deal of the century” by Wired.

It’s easy to look back and point to this one driving sales contract as the focal point of all Lucas’s success and wealth. However, while Vanity Fair called it “the best business deal in Hollywood history,” it could have easily gone the other way.

What can you learn from Lucas?

1. Believe in your product

There was no guarantee it would work out. Do you believe in your product that strongly? If not, examine why not? What can you do to align your business goals with that direction?

2. Have a clear vision

At a time when no one wanted to back a science-fiction film, Lucas was pitching a serialized space western that he envisioned as a nine-part serial. That’s a heck of a vision. No one plans out nine films in advance, not even Peter Jackson.

He had a clear vision of where the story would go (Jar Jar aside), and he took millions of people along on that ride. Vision is extremely important to your business. If you don’t buy into your vision, how will your prospects? Map it out, define your vision, and live by it.

How to create a sales process map for your sales team

3. Work toward the long game

Lucas was not instantly rich from this deal. However, over time this has become one of the most celebrated business deals in movie history. He absolutely was playing the long, long game. The key here is to not let the hope of immediate gain cloud the potential for something much bigger in the future.

That’s not to say you cut your commission in half on all of your sales goals, but be open to the possibility of building something great in the future. Just because they are a small client now, doesn’t mean they’ll always be. Start building that groundwork now with clients so their success is your own and you can grow together.

4. Reinvest in your company

When Star Wars became a hit, Lucas shrewdly used his burgeoning coffers to finance the sequels. He paid for the rest of the Star Wars movies out of his own pocket. When a project is going well, remember that it is equally important for you to invest in your own future. If you are a startup, be sure you are focused on putting up cash where it will help your growth and ensure the company’s success. After all, if you don’t think your company is worth investing in, why would someone else?

And always be aware of the danger of hubris. Everyone is fallible. Celebrate your victories and learn from your mistakes. Even a perfect business deal can have a Jar Jar Binks. 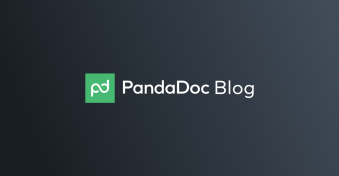 When should I send a proposal? 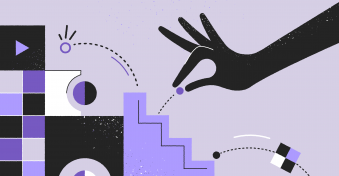 How to write a business proposal (The modern way)

12 free photography proposal and contract templates (for agencies and freelancers)