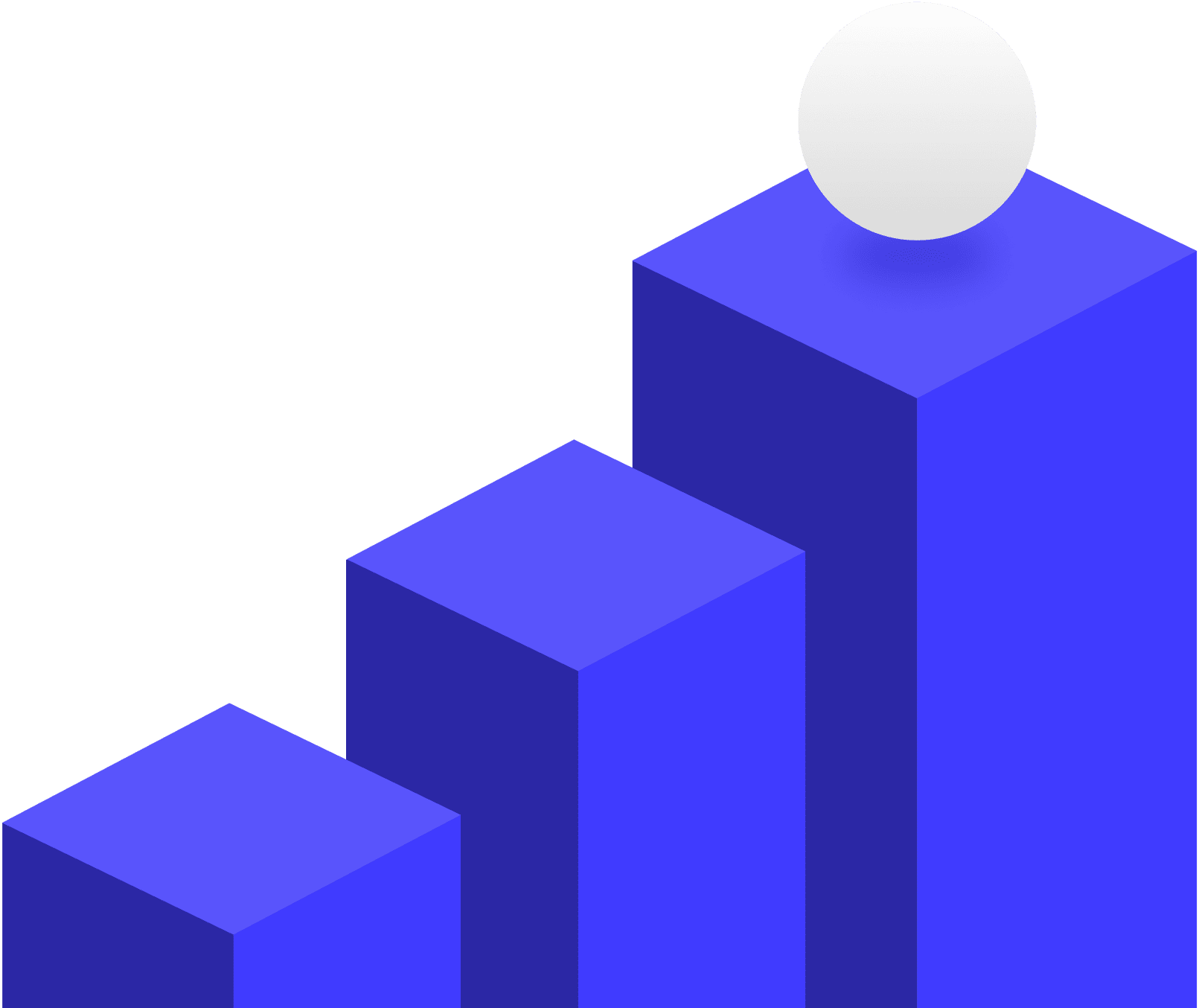 THIS AGREEMENT, dated date is entered into amongst the following individuals constituting all of the current shareholders of [Sender.Company](“Corporation”):

This shareholder agreement template sets out the terms of how corporate shareholders will interact with each other and what happens if one or more want to get out of the business, or something happens that forces exit of a shareholder or shutdown of the company.

1.2 The Shareholders are entering into this Shareholder Agreement to provide for the management and control of the affairs of the Corporation, including management of the business, division of profits, disposition of shares, and distribution of assets on liquidation.

Modify according to the number of shareholders; sometimes there are only two.

2.1 The Shareholders listed above own the number of shares of common stock, and approximate percentage of company ownership, as listed below:

Subject to termination in accordance with this Agreement, each Shareholder to this Agreement will be a director of the Corporation.

During the term of this Agreement, the directors will, when appropriate, perform the following acts:

3.2.1 Determine in good faith the “current assets” of the Corporation for purposes of corporate distributions as required by the California Corporations Code;

3.2.2 Cause an quarterly report to be sent to the Shareholders not later than 30 days after the close of the quarter year, such quarterly report will be used to identify and approve any distributions in accordance with this Agreement;

3.2.3 After filing the Corporation’s original Articles of Incorporation, file any informational certificates that may be required by the California Secretary of State;

3.2.4 Cause the Corporation to maintain the books, records, and other documents required by California law;

3.2.5 Use best efforts to cause the business of the corporation in accordance with sound business practices.

Subject to the limitations in Section 3.7, the Vice President of the Corporation will vice president duties.

Subject to the limitations in Section 3.7, the Treasurer of the Corporation will treasurer duties.

Subject to the limitations in Section 3.7, the Secretary of the Corporation will secretary duties.

3.7 Limitations on actions of officers

The following actions shall not be made by any one Officer without the approval of all Officers of the Corporation: joint approval required actions.

In drafting this section, think of anything that would be upsetting to a shareholder if the action were taken without them having a say, perhaps entering into certain types of business transaction, hiring, or other significant actions.

3.8 Approval of all shareholders

The title, duties, and the other terms of employment, including the annual salary, will be memorialized in a separate document and must be both approved, and only may be subsequently altered, only by the unanimous written consent of the Shareholders.

This can be a common issue for dispute among shareholders, each thinking the other is not working hard enough, getting paid too much, etc. Use of detailed Employment Agreements, or placing those terms here, can help alleviate future disputes.

Each Shareholder agrees that as long as he or she is the owner, or in control of, any of the Corporation’s shares, the Shareholder will not be employed, concerned, or financially interested, either directly or indirectly, in the same or a similar business as that conducted by the Corporation, or compete with the Corporation.

Each Shareholder acknowledges that the customer lists, trade secrets, processes, methods, and technical information of the Corporation and any other matters designated by the President or by the written consent of all Shareholders are valuable assets.

Unless he or she obtains the written consent of each of the other Shareholders, each Shareholder agrees never to disclose to any individual or organization, except in authorized connection with the business of the Corporation, any customer list, or any name on that list, or any trade secret, process, or other matter referred to in this paragraph while the Shareholder holds, or has the control of, any shares of the Corporation, or at any later time.

This section makes sure the shareholders have the same expectations in terms of when they can get money out of the business and ensure that distributions do not undermine the financial needs of the company.

5. Distributions of income and losses

5.1 Determination of net income and loss

The net profits or net losses of the Corporation for each fiscal year will be determined on an accrual basis in accordance with generally accepted principles of accounting.

The Corporation will retainretained income threshold ($retained income dollar amount) of its net income, plus any additional amount the Shareholders reasonably believe necessary to meet financial needs of the Corporation, including, but not limited to the development or expansion of its business.

6. Shareholder loans to the corporation

A Shareholder may issue a loan to the Corporation upon approval by all Shareholders and only under the following conditions, unless otherwise agreed upon.  shareholder loan conditions.

Repayment of Shareholder loans by the Corporation shall occur when the Shareholders agree that there are enough corporate funds to pay the loan.  Loans to Shareholders shall be paid in order of priority with the oldest loan being paid first, unless the Shareholder waives such write to first payment.

​​Things happen in business and whether voluntarily or because of failure of the business, dissolution procedures should be agreed upon in advance to avoid costly disputes later on.

All Shareholders must consent to voluntary dissolution.

•‎ Continue the business as necessary for the winding up of the affairs of the Corporation;

•‎ Carry out contracts and collect, pay, compromise, and settle debts and claims for or against the Corporation (including participating in litigation, whether as plaintiff or defendant relating to the same);

•‎ Sell at public or private sale, exchange, convey, or otherwise dispose of all or any part of the assets of the Corporation for cash in an amount considered reasonable by the President, or his or her appointee(s);

•‎ Employ agents and attorneys to liquidate and wind up the affairs of the Corporation.

As part of the dissolution process, the President, or the President’s appointee(s), will apply the assets of the Corporation in the following order:

•‎ To all debts and liabilities of the Corporation in accordance with the law, including the expenses of dissolution and liquidation, but excluding any Shareholder loans;

•‎ To all Shareholder loans, with unpaid interest;

•‎ To undistributed net profits of the Corporation;

•‎ To repayment of the purchase price of the shares of the Corporation actually paid by each Shareholder; and, finally, should any assets remain;

•‎ To the Shareholders in proportion to the number of shares of the Corporation held by each.

​​​​Distribution or resale of shares to outsiders can implicate a myriad of legal regulations that this agreement is not designed to address, that is why this clause is important.

Each of the Shareholders acknowledges and represents that he or she has obtained and accepted his or her shares in good faith, for investment and for his or her own account, and not with a view to distribution or resale.

To accomplish the purposes of this Agreement, any transfer, sale, assignment, or encumbrance of any of the shares of the Corporation, other than according to the terms of this Shareholder Agreement is void.

8.3 Buy-sell upon death of shareholde

8.4 Buy-sell for other reasons

In the event of mandatory or voluntary buy-sell under this Section, the non-departing or surviving Shareholder shall have the right of first refusal to purchase all shares that would otherwise be repurchased by the Corporation at the purchase price set forth above.  To exercise this right, the non-departing or surviving Shareholders provide written notice to the Corporation no later than ten (10) days prior to the effective date of sale.

You can select arbitration, mediation, or perhaps a trusted third party. You may want to also designated where such a dispute would be decided and whether or not the prevailing party would be entitled to attorney fees from the other.

All parties to this Shareholder Agreement will perform any acts, including executing any documents, that may be reasonably necessary to fully carry out the provisions and intent of this Agreement.

All notices, demands, requests, or other communications required or permitted by this Shareholder Agreement (other than routine communication relative to business operations) will be in writing sent to the following:

In the event of any litigation concerning this Shareholder, the prevailing party shall be entitled, in addition to any other relief that may be granted, to reasonable attorneys’ fees.

10.4 Binding on successors and assigns

This Agreement will be binding on the parties to the Agreement and on each of their heirs, executors, administrators, successors, and assigns.

If any provision is unenforceable or invalid for any reason, the remaining provisions shall be unaffected by such a holding.

This Agreement shall be construed according to and governed by the laws of the State of California.

Why are over 40,000 customers using PandaDoc?

App developers can use this mobile application development agreement as a contract when providing development services to commercial or consumer clients.

As a headhunter or recruiter, you provide an important service. Use this Recruitment Strategy Agreement Template to point out why you can match the perfect candidate with the right job.

Also known as a stockholders’ agreement, a shareholders agreement (SHA) is a written arrangement between the company’s co-owners aimed at protecting their rights, fair interests, responsibilities, as well as defining procedures of entering and leaving a stock ownership. There is no strict format and mandatory sections, however a well-structured sample shareholders agreement should cover and regulate the following:

The contract’s content usually isn’t publicly available and accessible to signing parties only, which allows preserving a certain level of confidentiality.

Many successful startups postponed signing the shareholder agreement until there is an actual business and revenue to share. Although most of them struggle to sign it afterwards, face internal disputes between team members, and even experience some personnel leaving the company supposing their contributions were underestimated. Thus, it is highly recommended to sign a shareholders agreement as early as you engage other people into common new business.

It’s recommended that an effective shareholders agreement should include the following sections:

It is highly recommended to hire a professional lawyer to avoid mistakes, misinterpretations, and  hidden pitfalls with a shareholders’ agreement. Please note that the attorney you choose should have background in corporate law and a successful track record in the country and state you operate, e.g. Delaver, USA.

You can use our shareholder agreement template provided here to compose an early draft and negotiate the essence with your potential stockholders. Even though the contract can be signed digitally at any time and be legitimate without any third-party legal assistance, we still encourage you to polish the final version of a stockholders’ agreements with a professional attorney.