After six months of working at PandaDoc, I’ve met a lot of great employees from all over the world. But there were a few teammates, in particular, that grabbed my attention early on.

These folks didn’t stand out just because they’re a bunch of smooth talkin’, wise crackin’, quota-crushin’ sales reps. But, let’s be clear－ they are, in fact, all of those things. Really though, what shocked me was the fact that they’re all still employed here.

Because let’s face it, their jobs are NOT easy. The 34% turnover rate in B2B SaaS sales speaks for itself. But PandaDoc’s salespeople are able to consistently meet and beat quotas quarter after quarter, which continues to impress me as to how they do it. Naturally, I decided to sit down with them and find out.

In this article, I’ve tried to organize the wisdom, experiences, and sales pitching tactics from some of our top sales minds into a handy listicle that you can comb over in less than 5 minutes.

Pitch Tactic #1 – Be brutally honest from the get-go.

The very first words that usually come out of Max’s mouth during a cold call are “I’m going to be pretty straightforward with you. This is a cold call. If you could just give me 30 seconds and if you think what I’m saying is BS you can hang-up.”

If you’re like most people, this abrupt introduction makes you smile.

I put together this transcript from a call that Max Sakiewicz (one of PandaDoc’s leading Outbound SDRs) shared with me. Listening to his brutal honesty in action was incredible. Especially because the prospect was so surprised and amused by it.

Rather than spend his time talking about himself or his company － which most prospects don’t really care about － he immediately tells the prospect what’s happening and gives them an out (if they want it). By offering his prospect the option to hang-up, he quickly disarms any initial resistance they were holding onto.

Max’s approach is refreshing because he’s not trying to be anything other than 100% authentic in who he is and what he wants. What’s more, his method has the added benefit of helping him stand out from the crowd. Brutal honesty is not what most people expect from a canned sales call.

Max told me the only problem he faces is if everyone starts using this approach. Then he’ll have to find a new way to use his honesty to capture attention and start a conversation.

Pitch Tactic #2 – Learn to shut up and listen. REALLY listen.

See what I did there with my written silence? Even a marketer can learn how to shut up and listen with our writing. ??

The power of silence is what Luke Ruffing, one of our top Account Executives, taught me when we sat down to talk. Luke was one of the first sales guys I’ve met who said a WHOLE lot by saying nothing at all.

When I listened to one of his calls, I was surprised by how quickly this silence escalated things to an impulsive purchasing decision moment. In this one call, Luke said “no” to incessant requests for additional discounts. He and the prospect sat in dead silence, staring at each other for two long minutes before the prospect ended the call. A few moments later, when Luke called back, the deal was signed and approved. Take a look at the transcript here.

Anyone who’s read Never Split The Difference is familiar with this methodology. But, Luke takes it a step further. He avoids the passive listening cues that many of us unknowingly use such as “uh-huh” and “okay” when we’re trying to listen. This type of silence says more about a deal than any conversation ever could.

Often during his calls, Luke’s prospects will tell him exactly how they want to be sold to. A smile crept over his face when he quipped a personal slogan of his: “Work less and sell more.”

Pitch Tactic #3 – Make your prospect do some heavy lifting.

Creating a mutual action plan (here at PandaDoc we call them MAPS) is exactly what Jared Weiner did during a one-call-close he recorded and shared with me recently. Jared is one of the most knowledgeable Account Executives at PandaDoc – he really knows the product inside and out. Jared recently crushed his quota, but he did it with a little help from his prospects.

During the beginning, middle, and end of his pitch, Jared asks the prospect if he/she is prepared to tell him if the solution is not going to help him/her with their problems. Internally at PandaDoc, this type of questioning prompts what we call the “Three Moments of Truth Questions” or 3MOT to develop a mutual action plan with the prospect.

The 3MOT are as follows:

Before hanging-up on a demo call, Jared holds the prospect accountable for many of the next steps. If they need another decision-maker to join the deal, Jared needs to know why and what they are looking for. Jared leans on the prospect to add them in. If the prospect has objections to discounted pricing, Jared will ask the prospect if he/she does not see the value of PandaDoc or if they need to evaluate the challenges and must-haves again.

Jared works hard on his deals but ensures that every prospect is responsible for items that will help things cross the finish line quickly. He will even go so far as to coach a prospect and have them pitch the value of PandaDoc back to him (as if he were the prospect’s boss).

So, now my questions to you are: “Since you’ve read this article, are you prepared to share it at your own company? Does that sound fair?”

What I loved about talking with PandaDoc’s Sales Development Team Lead, Michael Abrunzo, was how at ease he puts people. The entire time we’re chatting, I’m thinking to myself, “Man, this guy is a nice guy.” He’s not trying too hard to be helpful, or quiet, or anything. He just is. And that’s what he tries to instill in his teammates around him when it comes to preparing for their daily dials.

One of the most interesting things Michael mentioned is the trouble reps can get in when they over-prepare for a call. This caught my attention. Over-preparing doesn’t seem like a real thing. As an outsider, I tend to think of salespeople as overly confident. Michael confirmed that’s often not the case. Lots of reps overthink their calls, and that’s exactly what he coaches against.

According to Michael, the preparation time for a warm call should last as long as it takes for the dial tone to buzz in your ear before the prospect picks-up. Everything is on the page right in front of them, they just need to quickly skim over it and start the conversation. Michael argues that over-preparing for a warm call can knock his reps off of their rhythm.

“Salespeople need to be more than the questions they’re asking. The person on the other line needs a reminder that you’re human.”

Getting too rigid with call scripts and pitches removes the human element that customers connect with. That’s why Michael encourages his reps to experiment with their pitches from time-to-time. Spicing things up like this gets everyone excited, and excitement is exactly what the prospect needs to show-up for the next meeting.

But not in a weird way.

When it comes to coaching his reps, Patrick instills the need to focus on customer pain before they even THINK about introducing the features of the products they are trying to sell. His training focuses on three major steps to take before mentioning solutions.

Patrick knows that without completing these steps with a prospect, they end up asking themselves “Why am I talking to this salesperson anyway?”

When it comes to figuring out prospect pain, there are certain words Patrick trains his reps to listen for, things like “Frustration” “Struggle” and “Hassle” or phrases such as “I don’t know how to do that” and “Things aren’t where we want them to be” will cue them that there is a better way of doing things out in the world.

Patrick realizes that just because people realize they have a pain/problem with their business, doesn’t mean they see the value in doing anything about it. One question Patrick taught me was the “magic wand” question. You might’ve heard it before, but just as a refresher this question works really well when you’re trying to build value in conquering the problem.

“If you had a magic wand to fix your issues, what would you be fixing?”

Patrick is also a fan of asking “Is this better than the way you’re doing things currently?”

Lastly, Patrick teaches his reps to hammer home that prospect pains/problems are not just a little paper cut. They are severed limbs that need to be addressed NOW. Creating urgency isn’t always easy, but Patrick trains his reps to do it through storytelling. Here’s an example of the type of story he might use:

“I hear what you’re saying, and it sounds frustrating. Sounds like a customer I spoke to last month who came to me basically pulling their hair out over PDF proposals that were bottlenecking his deals. His reps were taking hours to build them, get them approved, and email them out. After a month of using PandaDoc, his reps are happy, he’s happy, and no more pdfs!”

Sales pitching tactics so easy, even a marketer can teach them.

I realize getting sales tips from a marketer can be like getting marriage advice from your neighbor. That’s why I wanted to write this article straight from the sources. There’s a wealth of sales knowledge and sales pitching tactics sitting inside the brains of the men and women at PandaDoc. They’re just too busy crushing quotas and vigorously high-fiving to put them into articles like this.

What are you waiting for?

Follow and connect with our sales team on LinkedIn to keep sharpening your skills! 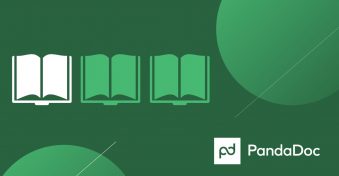 3 books every sales professional needs to read in 2020 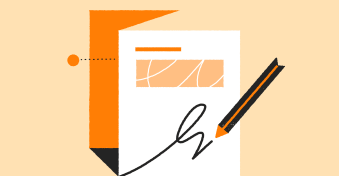 15 best DocuSign alternatives to explore in 2022 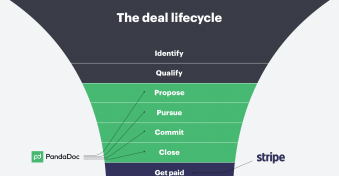