What is a prenuptial agreement

A prenuptial agreement should be considered a necessary part of the marriage process, even if bringing one up can make you or your spouse feel uncomfortable.

While no one wants to think about divorce before getting married, about ¼ of all marriages in America end up in divorce proceedings – so this is an important legal step to take.

Don’t be shy to speak to your spouse about a prenuptial agreement, even if you’re already married! Prenups protect both spouses as long as the agreement is fair.

But how do you make sure both spouses don’t feel insulted or left out in the process?

What is a prenuptial agreement?

A prenuptial agreement, commonly referred to as a prenup, is a written contract you and your spouse enter into before or after getting legally married.

It explains precisely what happens to each party’s assets or finances during your marriage and in the event of a divorce.

Prenuptial agreements aren’t just for assets; they can also give the married couple an opportunity to understand what legal rights they obtain or give up willingly after marriage.

Instead of looking at it as a “contract of divorce,” consider this document as an opportunity for you and your spouse to create laws that control your marriage.

Otherwise, you’ll have to abide by your state’s rules when it comes to the division of assets, debt, and support.

To fill out your own document, use this free prenuptial agreement template from PandaDoc.

Who needs a prenuptial agreement?

The short answer is everyone, but bringing up the need for a prenuptial agreement often brings up feelings of rejection or pain.

However, if you fall into the following categories, it’s better for you to swallow these uncomfortable emotions now, or you may pay for it later.

If you want to take control of your future, layout how you want to dole out assets you might acquire during the length of your marriage. It’s a good idea to future-proof your assets.

What can and cannot be included?

You can include the following information in your prenuptial agreement:

While most of your assets can be protected under state marital laws, you can’t override a withstanding matrimonial law in your prenuptial agreement.

For example, you cannot:

Be careful when drafting your prenuptial agreement, especially when discussing provisions that may encourage divorce. If you don’t word your contract correctly, you could lose out on assets that belong to you.

You should always pair a prenuptial agreement with a divorce settlement agreement template, like this one from PandaDoc, to ensure your legal documents stay compliant.

How does the law affect prenuptial agreements?

A non-disclosure agreement can accompany a prenuptial agreement, but a prenup can’t act as an NDA by itself. Learn how to write an NDA with PandaDoc’s step-by-step tutorial.

There are two laws that govern divorce. Community property is the first and is practiced in Washington, Idaho, Wisconsin, California, Nevada, Arizona, New Mexico, Texas, and Louisiana.

Community property laws treat property regimes owned by the spouse before the marriage and gifts and inheritance earned during the marriage as their own property during a divorce.

Some property can be transmuted into community property or included in the marital estate for equity purposes.

The other 41 states are governed by equitable distribution, which separates marital property, even what was gained before marriage, equally amongst the parties during a divorce.

Other notable prenuptial laws include:

Specific federal laws can apply to state terms in a premarital agreement. For example, The Retirement Equity Act allows spouses to claim a portion of the other spouse’s retirement savings.

United States citizens who choose to marry an immigrant and serve as a Visa sponsor need to draft an agreement that doesn’t violate the sponsor’s contract with the government.

What happens if you live in one state but get married in another?

If a couple signs a prenuptial agreement in one state and moves to another state and gets a divorce, the courts will use Choice of Law to honor the agreement.

Choice of Law defaults to the state law where the prenuptial agreement was initially drafted under. This can get tricky if the prenuptial contract includes information that wouldn’t be seen as “fair and responsible” by the state where the couple is getting divorced.

To ensure your prenup is enforceable across multiple states, prevent unequal outcomes of the prenup and report your finances as accurately as possible when the document is drafted.

Does each party need their own attorney?

Both parties almost always need to have separate legal counsel for a prenuptial agreement to be held valid.

While drafting an agreement together can help you save on legal fees, separate counsel is critical to the enforceability of your divorce proceedings.

Separate counsel can ensure no undue influence, coercion, or duress occurs while both clients disclose all the property and debt they have when coming into a marriage. In fact, most courts will determine contract fairness based on this aspect alone.

You can find fillable templates you can give to your attorney at PandaDoc.

What is a durable power of attorney and why do you need one?

What dictates “fairness” in a prenuptial agreement?

A “fair” prenup should respectfully shield and safeguard the assets of both parties. To achieve this, there must be full and complete disclosure of all debts, assets, and liabilities at the time the contract is drafted. This includes all investments, financial obligations, and real estate.

State laws primarily determine the “fairness” of a contract. Community property is jointly owned by both spouses and is often subject to equitable division in the event of divorce.

Disclosing assets – what types of income need to be considered?

Before signing a contract, make sure both parties have disclosed copies of their:

If you have a business, include business-related documentation, titles, and deeds to the real estate property and their concurrent insurance policies.

Without proper documentation, even “fair” agreements will be considered void.

Equitable distribution states will almost always consider all assets from before and after the marriage as “community property,” which can be confusing. Always research your individual state laws before drafting or signing a prenup agreement.

If your prenuptial agreement was created on word, you learn how to convert a word document to PDF and sign it online by reading this article written by PandaDoc.

Inherited homes are challenging to separate amongst two parties and may not be possible during a divorce.

It’s advisable to use either a quit claim deed form template or another property transfer document to ensure one person owns the inherited property.

Or, you could agree to sell the house and disperse the assets as cash.

Timing definitely matters when discussing any critical aspect of your relationship. Although prenuptial agreements are on the rise, it doesn’t make the topic any easier.

It’s better to bring up the conversation as soon as possible, preferably while you’re still dating.

If your partner is sensitive to this subject, try to bring it up in a gentler way.

If they don’t see the positives of a prenup, ask them why that is and what you can do to make the process easier.

How far in advance of the wedding do you need to get a prenup?

Ideally, you want to start the process at least four months before the confirmed wedding date. This would allow for three months to prepare and finalize the agreement and one month between the signing and wedding date.

Since prenuptial agreements can make us feel hurt, it’s better to bring this matter up sooner or later, or you may need to postpone the wedding.

Although you can get a prenup after getting married, getting your spouse to agree to your terms is more challenging.

Why? Because they don’t have to. After getting married, your spouse has no legal obligation to put their John Handcock or electronic signature anywhere near the page.

However, a postnuptial agreement template from PandaDoc can offer both parties some protection after marriage if you haven’t signed off on one already.

Getting a postnuptial agreement after the wedding

While getting a postnuptial agreement is more complex than a prenuptial, it isn’t impossible. It’s a good idea to bring up the possibility of a divorce in a gentle way.

You can use the above points for prenuptial agreements. A marital settlement agreement template from Panda Doc may also be used to separate assets at the time of a divorce.

When discussing divorce terms, most couples include spousal support, children, and property division.

Both parties can incorporate alimony into their premarital agreement by either providing a lump sum after divorce or regular payments on a monthly or yearly schedule.

Usually, couples will issue a clause for alimony, like being married for a certain time or if they’re unemployed.

The circumstances regarding the child’s best interest can’t be determined when you draft an agreement.

When a couple gets divorced, they can use a child custody agreement template to discuss who should gain custody over the children with their lawyers and the court.

A court will never honor a child custody agreement made in a pre or postnuptial agreement.

Setting assets aside for other people

The division of property, equalization, and ownership of net family property can be a pretty time-consuming issue to solve during a divorce.

When you set these expectations ahead of time, you’ll avoid fights and court proceedings in the future.

It’s important to note that marital homes, or the home legally owned and resided by the married spouses at the date of their separation, cannot be permitted in a prenup.

You can easily create templates that will help you disperse your assets using PandaDoc’s eSignature software.

What invalidates your prenuptial agreement?

Any prenuptial agreement that violates state laws is considered “lopsided” (only fair for one party) or is signed under duress won’t be considered “fair.”

A document won’t be legal or valid if:

Last-minute prenups may be deemed unfair if the scenario includes heavy coercion.

For example, if the bride or groom feels they have too much to lose by backing away from the wedding, they may sign a prenuptial agreement to ensure the wedding continues as planned.

Since assets in the marriage will change with time, add a sunset clause that allows both parties to put an expiration or revision date on the prenup. This prompts you to revisit your agreement regularly.

Keep your assets protected with a prenup from PandaDoc

Discussing finances before marriage can be terrifying for most couples, but if you want to avoid the worst-case scenario, you’ll need to put it on the list.

Prenuptial agreements aren’t just for wealthy partners; they also help spouses that may not be able to pay alimony.

If you’re concerned with losing your financial future, there’s never a bad time to draft a contract. After all, that’s what our postnuptial agreement template is for.

While you have to have a lawyer present to sign one of our prenuptial agreement templates to make your contract legitimate in court, you don’t need to ask them to make the agreement for you.

It’s possible to use templates, like the ones available on PandaDoc, to create a prenuptial or postnuptial agreement without help from a lawyer. Contact us today for details.

What is a safe note? Here is everything you need to know 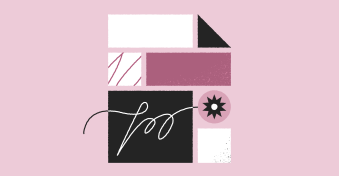 Make affidavits quick and painless with this easy guide

How to write a promissory note for any loan