What is an indemnity agreement?

An indemnity agreement is a legal contract where one party agrees to reimburse the other for any loss or damage incurred by its actions.

This type of language is often used in business contracts, where one company is providing goods or services to another company.

In those scenarios, an error or mistake from one party could result in financial losses for the other.

But the indemnification process can be a tricky one.

In this article, we’ll cover everything you need to know about these types of agreements and how they function.

Legal disclaimer: While this document is accurate to the best of our knowledge, it’s not intended as legal advice.

Indemnity agreements are not always enforceable, and the amount of protection that they offer may vary depending on the applicable laws of the jurisdiction in which they are created or enforced.

Consult with an attorney to determine whether an indemnity agreement is right for your situation and what liabilities you hold if you sign one.

Before we get into the specifics about indemnification, here’s a closer look at how the process works from a procedural level.

In an indemnity agreement or contract of indemnity, the party that agrees to bear the responsibility (the “indemnitor”) and hold the other party (the “indemnitee”) harmless from any claims, damages, or losses that might arise as a result of their actions, including negligence or breach of contract.

All of these do essentially the same thing by protecting one party from liability due to the actions of the other party.

Why use an indemnity agreement?

Indemnification agreements are regularly used in contracts where two parties enter into an organizational partnership because it provides a measure of protection by assigning the responsibility to one party over another.

For example, a landlord might make a new tenant sign an indemnity agreement that ensures tenants are liable for injuries incurred while on the property, including damage to the real estate itself.

An indemnification clause comes with the understanding that the injured party has the right to seek compensation or reimbursement from the other party if those circumstances are met.

When that happens, the indemnified party is compensated to offset the damage incurred.

While an indemnity agreement will settle the question of responsibility, insurance providers often play a role in paying out against indemnification provisions since the offended party can file a third-party claim for damages.

Businesses that assume responsibility often have a liability insurance policy in place to offset the cost of a malfunction or mistake.

This allows for some level of risk management where businesses can acquire partnerships and contracts while still protecting themselves in the event of employee negligence or unforeseen circumstances.

What should be included in an indemnity agreement?

An indemnity clause or agreement should outline the basic terms and conditions of the agreement between two parties.

In particular, the agreement needs to set the rules of engagement for when the clause activates.

To do that, any indemnity agreement should include the following:

1. Names of the parties involved

As with any valid contract, this should include any and all parties involved in the agreement.

Keep in mind that adding more than one party to the agreement can quickly complicate other sections of the agreement.

2. Nature of the loss or damage

The contract should specify what kind of actions or omissions would trigger the obligations of the contract.

This could range from property damage to malpractice claims.

3. Obligations of each party

While the previous sections should specify responsibilities, the clause also needs to demonstrate what financial obligations fall onto each party in the event that the indemnity agreement is activated.

This section describes what indemnity protections will actually cover.

Some agreements extend coverage to the actions of other parties and can assign liability for their negligence to your company.

Be sure that you understand what liabilities you have chosen to accept prior to signing the agreement.

Many indemnity agreements have exceptions, such as a bad faith clause or language that invalidates an agreement if the indemnitor benefits from willful misconduct.

You might also see liability limitations in the form of an indemnity cap.

Keep in mind that the components of an indemnity agreement are often quite vague.

This happens because the agreements are meant as a safeguard against incidents that haven’t yet occurred.

For example, a rental property agreement might say that the tenant is responsible for any costs related to property damage incurred during their stay, but it can’t specify an exact monetary cost for damage that has not yet been incurred.

The difference between a lease and a rental agreement

What do indemnity agreements cover?

Indemnity agreements are broad and can cover a wide range of both personal and commercial scenarios, however, they tend to be more common in high-risk situations.

Here’s a closer look at common uses for indemnification clauses:

Keep in mind that known illegal acts are exempted from indemnity protections.

Where are indemnity agreements typically located?

Often, in business contracts, indemnity agreements are added as clauses in a larger contract.

For example, a construction company might include an indemnity clause in its hiring contract that prevents workers from filing lawsuits for on-site injuries due to negligence.

Because these agreements and waivers are usually brief, it’s rare to see them as a standalone contract — but they do exist.

You might end up using a standalone agreement if you need to introduce it into a business contract at a later stage of a working relationship or if the nature of the indemnity needs to be negotiated separately.

While you’ll want to check with your law firm or legal counsel before signing the document, both contracting parties need to sign before it goes into effect.

Most companies prefer to have this matter handled before a business begins so that the liabilities and protections are already in place.

In general, there are three types of indemnity agreements that you’re likely to see:

This form of agreement relieves the indemnitee of all liability, including their own and any liability caused by a third party.

In essence, all other parties are responsible for the indemnitor’s willful misconduct.

Due to its broad and non-specific nature, this type of agreement is unenforceable in many states and jurisdictions.

In this type of agreement, the indemnitee is protected unless that party is solely at fault.

This protects the indemnitor and any third parties from liability should the indemnitee choose to act irresponsibly while under indemnity protection.

Often, intermediate-form agreements will include the phrasing “caused in part,” indicating that parties other than the indemnitee must play some role in the negligence before the clause goes into effect.

This type of agreement relies on a relational comparison.

The negligence incurred is compared with the negligence of all parties before a final determination of liability is made.

Typically, a comparative form agreement will include the phrasing, “only to the extent,” indicating that a comparison will be drawn as damages are evaluated.

Keep in mind that indemnity agreements vary based on regions and jurisdictions.

The type of agreement that may be valid in Kentucky or Mississippi may have limitations or be deemed entirely invalid in New York or California.

Create any type of indemnity agreements you may need with PandaDoc While indemnity agreements can help protect a company from another party’s negligence, limitations can be placed on these agreements to mitigate responsibility and risk for all involved parties.

Often, these limitations come in the form of indemnity caps, which limit the amount of liability that the indemnitee must bear to a specific dollar amount.

Indemnity caps allow companies who assume liability to quantify the amount of risk they take on.

For example, if the maximum payout for indemnity is capped at $1 million, the business can determine whether or not it wants to bear that financial burden as part of its negotiated terms.

If the business is forced to pay liability claims due to indemnification, the maximum they would pay is $1 million, even if the damage incurred exceeds that cap.

How to draft an indemnification agreement

Now that you know and understand the basics around indemnification agreements, let’s take a closer look at how to draft one.

While you can start from scratch, you might also want to consider using the Indemnity Agreement Template from the PandaDoc template library.

Before you get started, make sure that you have some understanding of the governing law behind your contract.

Look up the laws surrounding indemnity agreements within your jurisdiction and see what applies to you.

Keep in mind that you can specify which state law will govern your agreement, even if you aren’t in that state, but location can still play a major role in determining validity and enforceability.

2. The information for both parties

As with any contract, you’ll need all the relevant information for both parties when creating the documentation.

Gather names, addresses, points of contact, and other key information before you get started.

This section is the most essential part of your agreement.

It should specify what is being protected and who is liable for damages in the event that something goes wrong.

4. The scope of the indemnity

If you plan to limit the extent of the agreement, specify those limitations and the scope of damages that the indemnitor can claim.

This section might include an indemnity cap or a specific set of exceptions where the agreement does not apply.

Both parties need to know how to proceed if the indemnitee chooses to seek damages from other parties.

This section will specify how claims should be made and who should be notified when it happens and how the indemnitee can enforce its claims.

How long will the indemnification agreement be in effect?

This section should specify time limits or durations so that both parties have a clear understanding of the scope of the agreement.

For the document to be valid, both parties must consent to the agreement.

Adding a section with signature lines and an acknowledgement of the agreement legalities ensures that both parties are aware of their obligations once the agreement is signed.

Keep in mind that indemnification agreements can be easily invalidated during legal proceedings if the language isn’t precise.

If you are unsure about how to structure your agreement, seeking guidance from a specialist in this type of business law could save you from expensive attorney fees down the road.

Indemnity agreements, like many other business contracts, can be complicated to create and manage.

These deals must be structured and negotiated before signing, then safely stored while the contract is in effect.

This can be a challenge for small businesses and major companies alike, but PandaDoc can help!

No matter where you are in your contract process, we have the tools to help.

Sign up for a free 14-day trial and see how PandaDoc can take your document workflow to the next level. 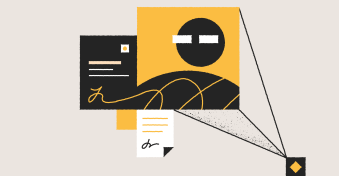 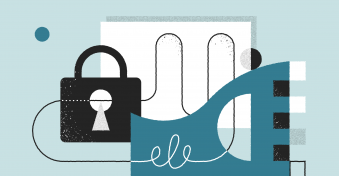 A step-by-step tutorial: how to write an NDA to secure your business 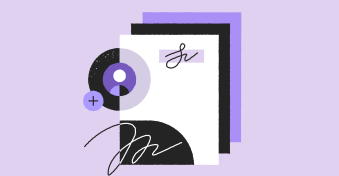 A cringe-free guide to writing an LLC operating agreement