What are different types of contract clauses?

While contracts can be straightforward, this often isn’t the case.

Each party of the contract will be looking for protection against breach of contract and other unexpected circumstances.

Contract clauses allow for document flexibility that can make everyone happy while still being legally enforceable.

What are contract clauses?

Contract clauses are legal phrases and sentences that are legally-binding components of a contract. These clauses will define their scope and terms clearly.

At the end of the day, an entire agreement is simply a collection of contract clauses that make up a whole.

There are many types of clauses to cover any need or condition for a legal agreement.

As long as they’re legal under state law or other applicable jurisdiction, they can be inserted into any applicable contract and altered to suit the needs of either party.

The purpose of contract clauses

In a legal document, every sentence and paragraph has a purpose.

Clauses are the contract elements that add stipulations to the existing terms of the contract.

Standard clauses are known as boilerplate causes because they’re generic and commonly known in the legal world.

Boilerplate clauses are convenient, save negotiating time, and minimize the need for legal advice.

Contract clauses are also good at helping organizations maintain consistency across all of their documents.

A classic example of a standard clause would be a limitation of liability clause.

This clause places a cap on liability for damages from one party toward another.

How to cite contract clauses

Don’t make citing a contract clause more complicated than it needs to be.

Your best bet is to follow the Bluebook citation rules when writing any type of legal brief.

This includes the citation of any cases, statutes, or regulations that may help further explain a contract clause.

If we wanted to cover every known type of contract clause, we’d be here for a very long time (and so would you).

With the ingenuity of modern legal teams, the possibilities of agreement clauses are truly endless.

With that being said, here are 13 of the most common types of contract clauses you may come across.

A sunset clause is straightforward and typically easy to include in any contract.

Like the setting sun, this type of clause indicates the end of all legal effects in a contract.

Once an end has been reached, the sun has set on the contractual relationship between both parties.

A sunset clause is a type of automatic termination clause. Either party can attempt to renegotiate the clause (and the termination date).

If nothing is done, this allows either party to walk away after the sunset date.

However, this doesn’t mean that either party can’t pursue legal action after the sunset date.

Should there be any dispute, parties will have a legal response timeframe provided by a statute of the limitations clause.

A penalty clause normally applies to any breach of contract.

The clause states what the breaching party is obligated to give to the other party due to its non-performance. Typically, this will be in the form of monetary compensation.

Penalty clauses are good for protecting organizations and individuals from risk.

Their inclusion in any contract gives the offender little hope of escaping paying the penalty fee.

This means it can reduce the chance of the breaching party escalating to litigation to avoid paying.

However, this isn’t always the case. Legislation in some countries — which you may be subject to if working in those areas — can mitigate penalty clauses.

The Conventional Penalties Act of 1962, for instance, states that in South Africa courts have the power to reduce compensation in some situations.

So, always keep that in mind when dealing with penalty clauses.

A penalty clause will state the exact amount to be paid, whereas a liquidated damages clause will provide an estimate of possible damages that may be incurred.

Exemption clauses are used to define any limitation of liability for one or both parties of a contract.

Limitation clauses are a common type of exemption clause used in contracts.

This clause limits the remedies available for defective products, thereby limiting the liability of the manufacturer.

An exclusion clause is a type of exemption clause that limits liability.

As a contract term, this clause excludes or limits a party’s liability to specified conditions or situations.

These circumstances will often be listed and can be quite large, depending on negotiations.

The general definition of indemnity is to hold one harmless.

Indemnity clauses protect one or both parties from damages related to the non-performance of the contract.

With an indemnification clause, one or both parties agree to pay compensation to the other for any incurred losses.

In other words, one party indemnifies the other for any damages during the course of the contract.

Indemnity clauses are important because they provide for the allocation and mitigation of risks.

For example, let’s say an online retailer sells a product to a consumer, and the customer is harmed by the product.

This means they will not be liable for any damages from third-party claims.

Also known as an escalator clause, an escalation clause provisions contracting parties to increase or adjust terms when specified conditions are met.

Often, this escalation concerns the price or wages within a contract.

For example, an escalator clause is common in construction contracts to adjust costs in the labor market and the price of materials.

Escalator clauses allow businesses and individuals to commit to long-term contracts without fear of missing out monetarily due to external circumstances.

An exculpatory clause relieves a party from liability for any damages related to the performance of a contract.

This means that if one party is protected from being sued for reasonable and associated risks, that must be accepted by the other party.

Any disclaimer is an example of a document that uses exculpatory language.

Disclaimers include health waivers, such as the one you might agree to when signing up for a therapeutic massage or a gym membership.

Non-compete clauses are common in employment contracts to protect businesses from competition.

Non-compete clauses are one of the things to include in an employee contract to prohibit outgoing employees from working for competitors for a defined period of time.

For non-compete clauses to be enforceable, they must define a geographic region and length of time for the term.

It’s best for non-compete clauses to list terms that are “reasonable”, or else they may be thrown out.

For example, say a craft brewery includes a two-year nationwide non-compete clause for all of its employment contracts.

If a complaint reached court, it would be up to the business to prove how the non-compete clause protects its business interests.

With such lofty protection terms, they’d be unlikely to do so, resulting in the business losing the case.

It’s a less formal way to resolve disputes that may arise during the course of a contract.

In standard arbitration clauses, both parties agree to attempt to resolve any dispute through arbitration as a first resort.

This can help save the time and costs of legal resolution as well as preserve the working relationship between involved parties.

A severability clause is another common boilerplate clause found in legal agreements.

The purpose of a severability clause is to state what happens to a contract when one or more clauses are found to be unenforceable.

Usually, a severability clause will uphold the enforceability of any remaining clauses in a contract. They’re key to the foundation of how to write a business contract.

When a contract is agreed upon by two parties, it can be very difficult to get out of it before all terms and conditions are met.

However, during the writing of a contract, either party may want to include a cancellation clause.

These clauses specify terms and conditions whereby one or both parties may terminate a contract prematurely. Generally, this will involve one party giving a written notice of termination.

Force majeure is a French term that translates to “superior force” in English.

A force majeure clause in a contract exempts parties from contractual obligations if they’re unable to perform due to unforeseen circumstances.

Circumstances that are covered by a force majeure clause include natural disasters, terrorism, wars, pandemics, and other “acts of god.”

For example, during COVID-19, many businesses were unable to fulfill procurement contracts due to supply chain and transportation disruptions.

Under force majeure, these businesses wouldn’t be liable to perform or be responsible for any damages.

A confidentiality clause is a legal provision to protect trade secrets, intellectual property, and other business matters from becoming public knowledge.

These clauses are common in employment contracts and third-party consultancy agreements.

Confidentiality clauses bar a party from sharing any information or knowledge they receive from the other party.

This includes the prevention of sharing confidential information with competitors and the general public.

Sometimes, a confidentiality clause is used as a stand-alone document for things such as contract work.

When used in this way, they’re usually referred to as a non-disclosure agreement or an “NDA.”

Utilize these types of clauses to write effective contracts

The possibilities are infinite with contract clauses.

We’ve only had time to cover 13 of the most common clauses. So many unique and boilerplate clauses can make drafting a contract overwhelming.

And you don’t want to get a single clause of the contract mixed up; they’re the bones of your entire contract!

You can relieve the anxiety of contract lifecycle management by using document workflow software like PandaDoc.

With PandaDoc, you get contract and agreement templates to suit any needs–with no attorney fees!

And with our easy drag-and-drop feature, you can quickly add standard clauses and alter them to your liking.

Don’t risk getting your next contract wrong and being liable for damages. Sign up with PandaDoc and start streamlining contract-clause generation today. 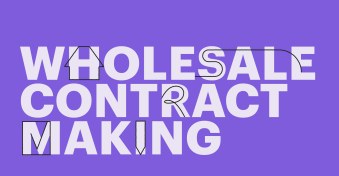 Understanding the basic components of a wholesale contract 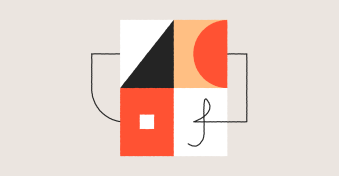 The essential guide on how to create a contract 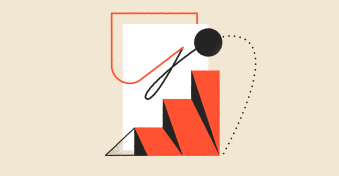 How to develop the right contract workflow for your organization