What should a release of liability include?

A release of liability agreement is a legal document in which one party waives the right to hold the other party responsible for damages or injuries.

This contract is a common part of any business documentation and is used to protect businesses against future claims due to mishaps, misfortune, or (in some cases) customer negligence.

That can matter, especially since over 400,000 tort cases are filed in the United States each year.

In this article, we’ll cover the basics of these release agreements, what they actually do, and when you might need to use them.

Legal Disclaimer: While this document is accurate to the best of our knowledge, it’s not intended as legal advice.

Liability waiver forms and releases can be useful tools for protecting against indemnification, but the validity and enforceability of these waivers are governed by state law.

If you’re planning to create this type of release for your business, we recommend consulting legal experts in your area to better understand the laws specific to your area.

Release of liability: the basics

In essence, a release of liability allows business owners to minimize the amount of risk they take by offering potentially dangerous products, goods, and services to customers.

Here’s a closer look at the basics from a procedural level.

When using a release of liability form or a liability waiver, one party (the releasor) agrees to waive any potential claim of harm or injury against the other party (the releasee), in exchange for something of value — called “consideration” in contracting terminology.

In some cases, money is used for consideration.

More often, the consideration featured in the liability agreement is the ability to participate in an event, borrow specific equipment, or learn a certain skill.

It’s also worth noting that, while a liability waiver will push the assumption of risk onto the releasor, these agreements do not cover gross negligence or misconduct on the part of the releasee.

Why use a release of liability agreement?

In most situations, companies assume some level of responsibility for the actions that must be taken in order to facilitate business operations.

For example, a local supermarket must take on some risk by allowing shoppers to visit the store. Most of the time, this is nominal.

Regular slips and falls are covered by health care and liability insurance, and most customers aren’t actively trying to harm themselves.

However, in some situations, the products or services that a business offers might be inherently dangerous or more prone to risk and injury.

High-risk activities like skydiving, bungee jumping, and many other sports, often require a liability release form in order to participate.

Automobile rental companies often require that a hold harmless agreement is signed alongside other legal forms so that the rental company can’t be held liable for injuries and property damage that occurs due to car accidents and negligent drivers.

In many of these scenarios, a waiver of liability allows the company to offer services that might otherwise be deemed too dangerous or beyond the scope of coverage offered by most insurers.

Legal documents you need to start a business

What should a release of liability include?

As with most other contracts, a liability agreement or clause needs to outline the basic terms of the agreement between two parties.

Since a liability waiver covers a broad selection of circumstances and often forces the releasor into the position of acknowledging the risks they are undertaking, the language needs to be targeted and precise.

With that in mind, any general liability release of claims should include the following:

1. Names of the parties involved

Because a liability release statement is a legally binding document, you’ll need to ensure that you have all the necessary information for both parties.

On a typical liability waiver (especially on a printed form that is used often), the business may have its information already printed with blank space left for the releasor to add their details.

2. Acknowledgment and assumption of risk

This section should acknowledge the risks involved in a given activity and confirm that the releasor intends to assume that risk.

While these can be broad, they should be accurate and relevant to the activity for which the release is being signed.

Here, the releasor agrees to hold the releasee harmless and take no legal action in the event of damages or injuries.

This section acknowledges that the releasor is signing of their own free will, is not being pressured to do so, and that signing the release is voluntary.

At the core of the document, this clause specifically acknowledges that the undersigned accepts the release of liability and the assumption of risks mentioned elsewhere in the waiver.

Often, the consideration for a liability waiver is the ability to participate in a sport or event.

For example, if you refuse to sign a liability release, you may not be allowed to participate in a race or a martial arts tournament.

However, you might also need to provide consideration, especially when liability is a concern for a commercial venture like photography or rentals.

Some releases may require that the releasor acknowledge their qualifications prior to assuming risk.

For example, a car rental company may require that a signer ensure that all motor vehicle operators are licensed and registered with the DMV before getting behind the wheel.

Most relevant in commercial ventures. As part of a liability release, a model might give up any rights to seek damages from a photographer once a photo is published.

Likewise, a release might specify that a contractor can’t take a lien against commercial or personal property in the event of an injury (known as a lien release).

If you need to narrow the scope of your release, using dates can help to specify the exact times for which the release might be considered valid.

This is particularly useful for location-based events and for equipment rentals, where the release can span the length of a predetermined engagement.

Particularly for high-risk sports and activities, some releases require emergency contact information on the release form.

Especially if the release is the only paperwork you require, adding this section to your form makes sense.

What does an LLC mean, and how does it differ from other business structures?

For activities that require guidance or instructions, like martial arts or skydiving, a clause requiring the releasor to follow all instructions can make sense.

Keep in mind that this could also open your business to additional liability claims if the given instructions result in gross negligence and an increased risk of injury.

Where is the release of liability agreement located?

While the sections listed above might seem complex, a general release of liability can be as short as a single page and might even be included as a clause in a larger contract.

In many cases, these waivers are set apart from the standard contract in their own form in an attempt to ensure that releasors fully acknowledge and understand the assumption of risk.

So far, we’ve covered the basics around liability releases and waivers. In this section, we’ll talk about the three common types of liability forms that are commonly used to mitigate risk.

Often used in photography and videography, model releases enable photographers to use captured images of a model for commercial purposes.

This might include stock photography or advertising and the digital manipulation of those images via photo editing software.

By signing a photo release, the model forfeits the right to indemnify the photographer for using the image in this way.

Model releases typically require some form of consideration to be considered legally valid.

Often, this comes in the form of monetary compensation.

Models are paid for their time, and the waiver of liability is included as part of the contract.

Because modeling can sometimes be a physical activity, a notice of transfer and release of liability may also be included in the contract for personal injuries obtained while on the job.

Facility rentals are common for both personal and commercial use. In both scenarios, the property may be visited by guests and parties who are not affiliated with the property or the property owner.

Often, rental agreements will include a release of liability clause that forces the signer to assume all risks associated with their event.

The type of risk undertaken may vary based on the nature of the event itself.

These waivers often include a release of financial responsibility for any personal injuries incurred while the property or real estate is in use.

In essence, the property owner won’t be held responsible for the actions of the releasor and related guests.

The release may be narrow to the scope of a specific event and may obligate the signer to protect and defend the property owner against legal actions taken as the result of injuries incurred while the waiver was active.

Liability releases are most common in activities that might incur physical injury or personal harm.

Sports like martial arts, skydiving, or mountain climbing come with an inherent risk of injury which releasors must undertake in order to participate.

Event releases often fall into this category, as well.

Marathoners, weight lifters, and other sports enthusiasts often need to sign releases and waivers in order to participate in sport-related activities and events.

In some cases, these are mutual releases designed to ensure that signers take no action against event orchestrators, property owners, or other participants.

By signing this release or waiver, a participant effectively forfeits any liability claim related to the event and what transpires.

From specialized tools to automobiles, equipment rentals are common for niche industries and use cases.

Many equipment rental agreements will contain liability clauses that free the renter from any liability due to misuse or mishandling on behalf of the renter.

Likewise, the rental and use of a motor vehicle can result in personal injury or death.

Liability and hold harmless waivers exclude the rental company from any lawsuits due to misuse or mishandling on behalf of the driver.

In both cases, the contracts may require the renter to defend the company against any lawsuits levied against the organization as a result of the renter’s actions.

Waivers, releases, and other forms of business documentation are essential for most companies.

Whether you need documents to sell a product or safeguard yourself against legal action, having a repertoire of ready-made paperwork can go a long way toward ensuring that you are protected and operating above board.

The PandaDoc platform helps tens of thousands of businesses around the globe create, organize, and store contracts, proposals, invoices, and other essential business documents.

We offer a variety of tools, including a document builder, template creator, and a vast library of premade templates, to make creating your next document a breeze.

Give PandaDoc a try by signing up for a free 14-day trial. 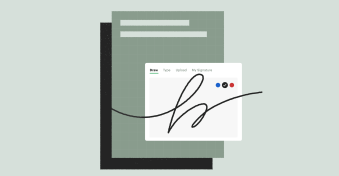 What is an electronic signature: 2022 legal aspects 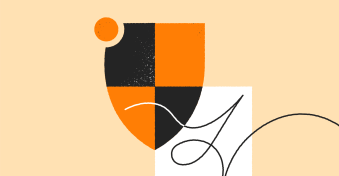 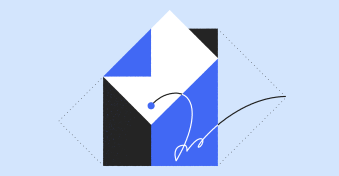 What is a master service agreement?