How to write an addendum to a contract

Once a contract is signed and sealed, it’s then set in stone — or is it?

Things often change, and knowing how to write an addendum to a contract can be a necessary skill on many occasions.

So, we’re going to explore what an addendum to a contract is and how you can use one when needed.

What is an addendum to a contract?

An addendum to a contract is a legally binding additional document that can be added to an existing legal contract.

Once a contract has been signed, it’s usually difficult to amend that contract without adulterating it, which could render it null and void.

Instead of writing a completely new contract, it’s possible to use a contract addendum.

With a contract addendum, you can add new clauses without nullifying the contract.

As it’s legally binding too, an addendum can alter any terms of the contract and conditions contained in the original agreement.

In essence, it lets you add something new to a pre-existing contract without changing the status of the legal document.

Many people get “contract addendum” and “contract amendment” confused.

The simple way to remember the difference between these two terms is that a contract amendment alters an existing contract, while an addendum adds to one.

An addendum is a separate document that’s added to an original contract.

Another difference is that amendment must involve all parties (or their legal representatives) concerned in the contract, while either party (or a third party) can add an addendum (though it needs to be agreed upon by the parties involved in the contract).

It’s important that you know the difference between how to amend a contract and how to write and add an addendum.

As contract amendments can make important changes to — often legally binding — documents, it’s important to get the writing of them correct.

The following are some simple guidelines to get you on the right track.

1. Consider and mirror the language of the original contract

While an addendum is its own document, its principal purpose is to update or correct an original contract.

As such, it should mirror that original document as much as possible.

Be sure to continue referring back to the contract when drafting an addendum, and particularly consider:

As far as possible, match all of the above in your addendum.

That way, no parties should be in any doubt that the addendum is as important — and relevant — as other clauses of the contract.

Your addendum needs to make it as clear as possible what changes it details and to which original contract.

The first place you can ensure this is in your addendum title.

Give the addendum a title that references the original agreement’s name and date, and make it clear that it is indeed an addendum to that contract.

For instance, perhaps you’re drafting an addendum to a residential lease agreement originally signed on the 1st of January 2021. Your addendum title might be:

“Addendum to Residential Lease Agreement Between [Your Name] and [Lessor’s Name] of the 1st January 2021.”

You may have noticed that the title suggested above also referenced the parties involved in the original contract.

That’s because it’s also important to be clear about which parties any addendum involves.

Usually, that will be the same parties as were involved in the original contract.

However, there may also be a third party with an interest in the addendum. In this case, this should be clearly stated.

4. Clarify the part of the original contract the addendum refers to

Most addenda will be designed to update or correct an existing agreement.

As such, they will usually refer to a specific part of the original contract. Which part needs to be clearly defined.

You should cite the title of any clause the addendum relates to and use things like italics, bold, and strikethrough to make clear what’s being replaced or modified.

For instance, say you were writing an addendum to a car rental lease agreement where it was the details of the vehicle that needed changing.

Original “Identification of Rental Vehicle” Element of the Agreement:

Modifications Proposed by this Addendum:

5. Ensure compliance with the original contract and all other relevant regulations

In order to ensure your addendum is fit for purpose and binding, it must not go against the original terms or requirements of the contract itself.

It should also comply with all laws and legislation in your jurisdiction.

It’s vital to check this before asking any parties to agree to the addendum.

As well as the details sketched out above, there are some other necessary elements that most addenda will need to include:

Finally, it’s also worth considering seeking the advice of a law firm or legal professional before you present the addendum to the relevant parties.

This will avoid any chance of the addendum falling foul of laws or regulations — even those you may not be immediately aware of.

It’s useful to know some of the different scenarios where an addendum to a contract is used, so we’re going to explore some sample scenarios.

1. Addendum to an employment contract

Employment agreements can be lengthy documents, and it can often be the case that some clauses and details are left out.

These omissions can be both intentional and unintentional.

An addendum to an employment contract offers an opportunity to remedy such omissions or to add new details to remedy clauses in the original contract that may have been contentious.

A good example of an addendum to a contract being needed is if the original contract’s clause regarding termination of employment only included death or employee resignation.

An addendum could be added later that also includes other grounds for termination, such as gross misconduct, breach of contract by an employee, or scenarios where the company is suffering financially and has to make compulsory redundancies.

Another type of contract that often needs addendums is a contract used for insurance coverage.

There are many scenarios in which an addendum to an insurance contract may be required; for example, state laws regarding insurance often undergo changes.

This may require an addendum to an existing insurance coverage contract.

As well as factors directly related to insurance, there’s also the aspect of data protection.

If there are changes to the regulatory framework and compliance requirements surrounding how a company handles a customer’s confidential information, an addendum may be needed to reflect such changes.

The real estate sector is one where there’s a frequent need for addendums to original contracts.

There are multiple scenarios where the details in the first signed agreement change and need an addendum to update those details and keep the contract legally binding.

Accelerate your sales and document processes

Customize, eSign, send documents in bulk and so much more to improve your teams’ efficiency Some of those scenarios include:

Extension of the closing date

If problems arise, such as with the buyer’s financing or with the sale of their own property, both parties can agree to an extension.

An agreement may be put in place that the full payment can be withheld until certain “tasks” are carried out by the seller.

The buyer may choose to add an inspection contingency addendum so that if any inspection reveals issues with the property, they can withdraw from the sale or request that the issues are resolved.

In some cases, such as with developers, the seller may agree to grant the buyer a mortgage.

This addendum to a contract example would include all details of such financing, such as the repayment period and monthly payments.

If the seller of a property owes more money on it than the current market value, this addendum directs the seller to field offers on the property but also to seek their creditor’s consent to accept an offer.

This addendum type may be needed when there’s a mutual agreement to cancel the sales contract and will recognize that neither party holds the other at fault.

It may also cover details regarding the return of a deposit and when that action should take place.

It can sound like a complicated process, but it doesn’t have to be.

And while you may want to use an attorney or more complicated addendums, in most cases, it’s an exercise you can carry out yourself as long as you’re aware of what an addendum to a contract should look like.

What can make the process even easier is using a contract addendum template from PandaDoc.

The great benefit of the PandaDoc template is that it takes care of all the tricky legalese that is needed in such documents and allows you to focus on the details you need to change or rectify.

It removes the need for legal expertise, but you may have to double-check some details, such as relevant state laws.

The PandaDoc contract addendum template can be used in any of the scenarios listed above.

In fact, it can be used in any scenario where one or both parties want to change certain details of the original contract.

As long as there’s agreement on any changes to be made, you simply fill in the necessary sections of the template.

By following the guidelines above and ensuring that all changes have been agreed upon, you’ll find that PandaDoc has helped make what could be a complicated process extremely simple without needing any in-depth knowledge of contract law.

All the knowledge you need is the definition of an addendum to a contract.

Whether adding an addendum to an employee’s employment contract or adding the new terms agreed upon with a client, PandaDoc has made it as easy as A, B, C. 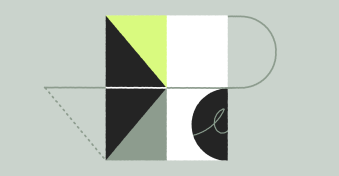 Things you should know about contract acceptance letters 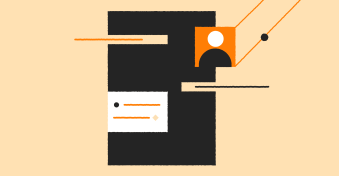 How to amend a contract after signing 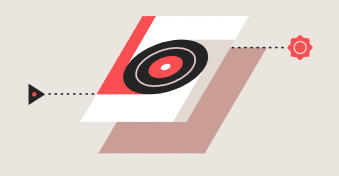 How to write a business contract for your company